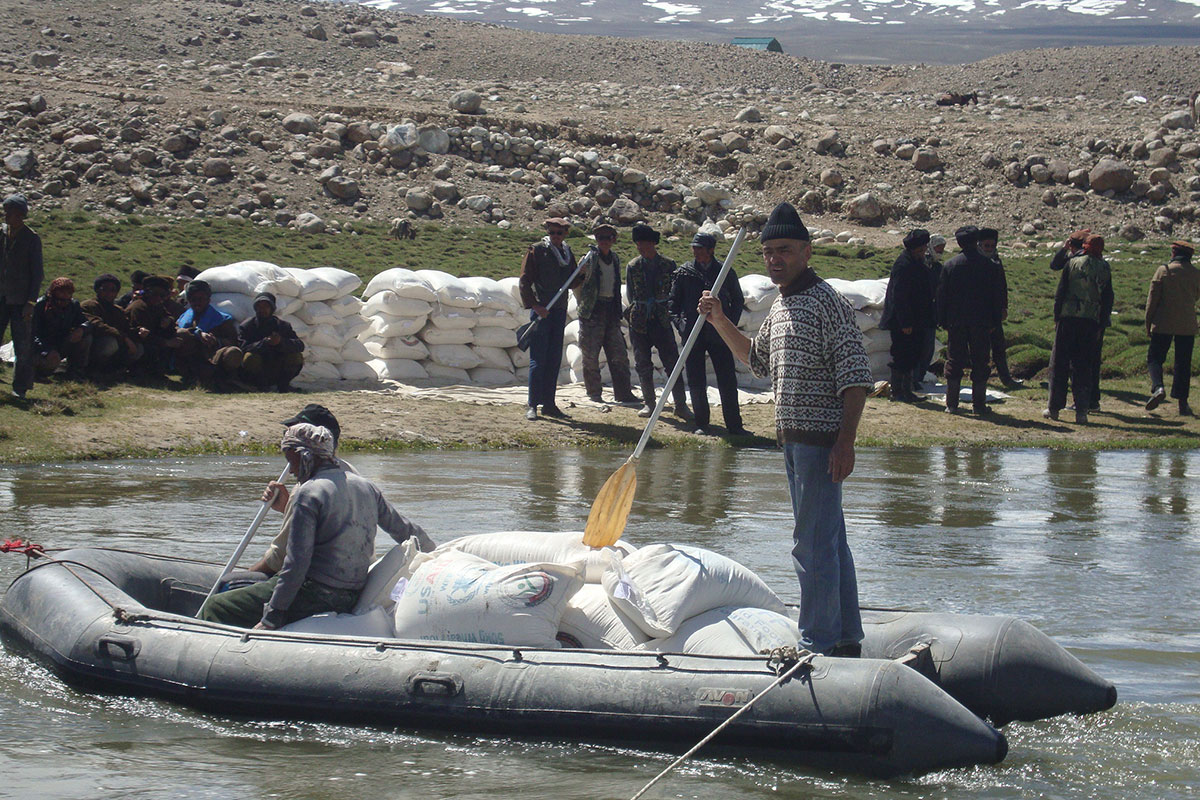 by Focus Europe
in Relief and Recovery
Comments

Villagers in the districts of Big and Small Pamirs, located in Afghanistan’s remote Badakhshan province received the WFP food packages including wheat flour, vegetable oil, pulses, salt and high energy biscuits – enough to feed the entire population of these districts for two months. The food was delivered to Afghanistan from Tajikistan by boat across the Panj River, under a cross border agreement between FOCUS and the Tajik Government, from where it was taken by truck along the Wakhan Corridor, as there is limited road access to the Big and Small Pamirs from the Afghan side of the border.

The high mountain communities residing in Big and Small Pamirs are predominantly Kyrgyz pastoralists, who maintain a nomadic lifestyle, and rely on their livestock for sustenance. Food security is an ongoing problem in this area, and the effects of climate change have heavily exacerbated the problem this year. Late snowfall limited the community’s access to ancestral grazing areas, and the availability of fodder for animals. This has adversely affected villagers, resulting not only in the loss of livestock and livelihoods but also heavy food shortages. The food aid delivered by FOCUS will help sustain these communities over the coming months.

FOCUS has delivered emergency relief to Afghanistan’s north-eastern province of Badakhshan after natural disasters such as earthquakes and flooding, and works on disaster risk reduction across the province. FOCUS will continue engaging with this region, and other provinces across the country on assistance and development projects.