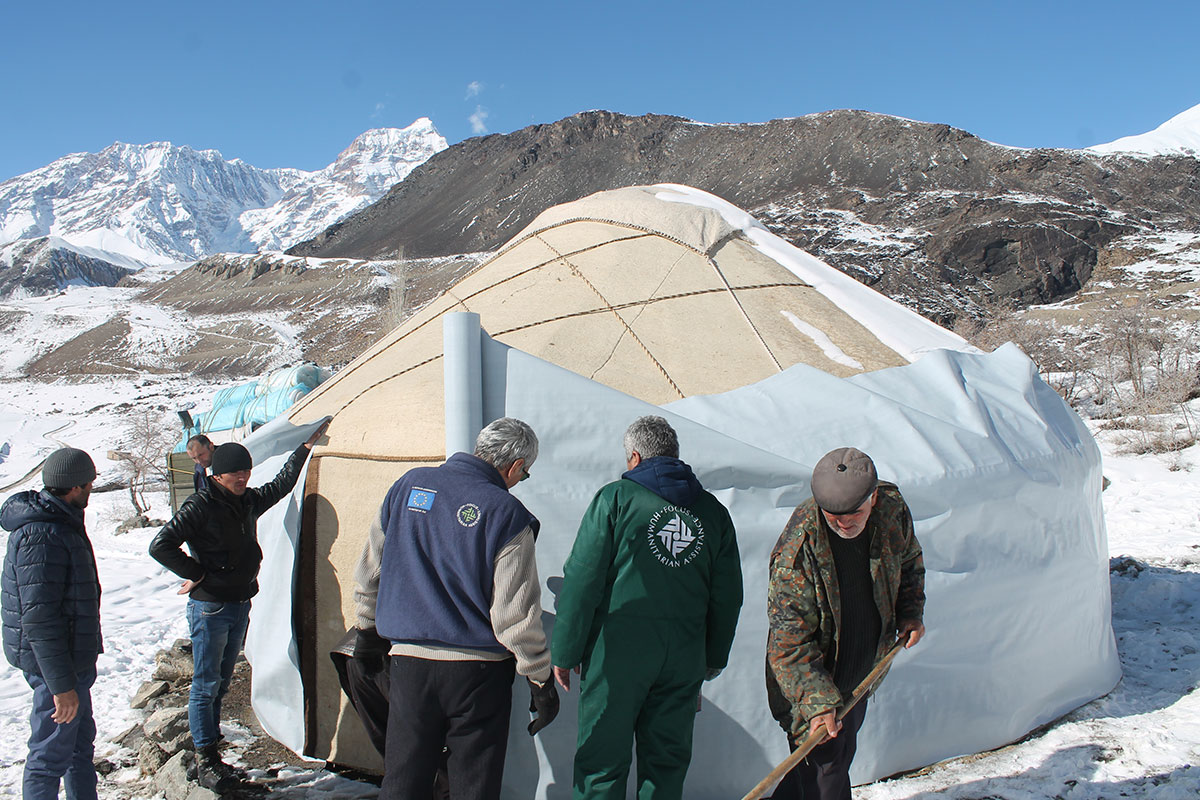 by Focus Europe
in Rebuilding Lives and Resettlement
Comments

The serene landscapes of Tajikistan are prone to natural disasters, both as a result of climate change and its location along a seismic rift. Following a 7.6 magnitude earthquake in December 2015, FOCUS in partnership with the Swiss Agency for Development and Cooperation and United States Agency for International Development (USAID), built 26 yurts in the Bartang Valley.

Yurts are portable circular tents and have a collapsible structure, which have traditionally been used in Central Asia communities for many years as semi-permanent home. The yurts provided a sanctuary in which villagers could sleep, cook a hot meal and take shelter from the elements until their homes could be rebuilt. The yurts can then be transported and re-used to help rehabilitate other families who have suffered the loss of their permanent homes.

This effort is just one part of FOCUS’s wider work in Tajikistan, which concentrates on fostering disaster-resilience in isolated mountain communities, and helping both local communities’ and local and national government’s ability to prepare for and respond to natural disasters in a timely and effective manner. Whilst the environment is logistically difficult to navigate, FOCUS’ extensive experience working in these areas means that they are uniquely placed to facilitate the response efforts in these regions.