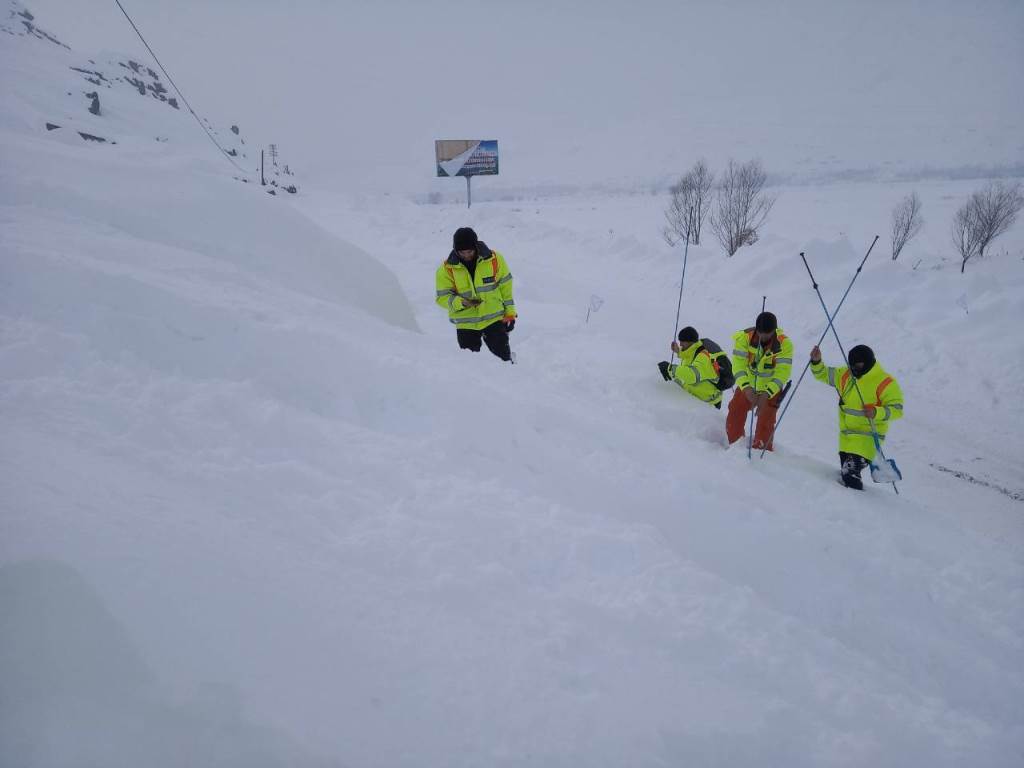 by Focus Europe
in Preparedness and Prevention
Comments

Gorno-Badakhshan Autonomous Oblast (GBAO), a region highly vulnerable to natural hazards, has a long history of being negatively impacted by the effects of disasters. Avalanche is among many other hazards that causes catastrophic accidents often leading to fatal consequences and leaving large segment of the population without shelter and means of survival in this mountainous area. According to the data from Tajikistan’s Committee of Emergency Situation and Civil Defense (CoES), more than 50 percent of people are affected by avalanches in GBAO every year with eight fatalities registered for the winter period of 2017-2019.
To address this challenges, provide safety and build resilience to natural hazards, the Aga Khan Agency for Habitat (AKAH) established 143 Avalanche Preparedness Teams (AVPTs) in GBAO composed of 1430 volunteer members, who work jointly with the CoES Search and Rescue Team. Going through various trainings for the avalanche preparedness, including avalanche formation and release, methods of avalanche risk assessment as well as application of the search and rescue strategies and techniques, the AVPTs are well equipped with knowledge and skills and are dedicated to respond to any avalanche – related hazards across Tajikistan.
This winter has been a real test for AVPTs emergency response and preparedness skills. December and January 2019 brought widespread and heavy snowfalls, which created significant disturbances across the country. The AVPTs along with community emergency response teams (CERTs) and Search and Rescue Team of AKAH and CoES were heavily engaged in emergency preparedness and response. Until February they evacuated more than 5000 people living in avalanche prone areas and provided early warnings to communities and transport movement in the region.
Gulzorkhonov Alikhon, AVPT volunteer recalls one of the events:
“It was 15 January and the weather was very snowy. There was a high risk of avalanches across the region. As an AVPT volunteer I was deployed to evacuate communities from avalanche high risk zone during that time. Together with other volunteers we have checked the police checkpoint at Nivodak area of Khorog as it is located in avalanche prone area. Based on our information received from government related agencies and what we had in hand there were cases of avalanching in this specific area. Therefore, we warned eight police officers, who were on duty that day and asked them to relocate their base station by providing all the information we had in hand. The police checkpoint was relocated and exactly that night the avalanche accident happened which destroyed the checkpoint. I feel very proud for being able to save these eight lives that day as do other volunteers who were there with me”.
This prompt precautious measures of safety and avalanche preparedness taken by AVPTs helped save many lives as it is seen from the case above and avoid the increase in number of life losses. In cases, where people were missing during those harsh weather conditions, AVPT volunteers were the first one who aided in the search and recovery. In early January, two people were reported missing in Khijez village of Bartang valley. There was a high probability that they became a victim of avalanche, which is very frequent hazard in this remote area. The AVPTs were dispatched to provide search and recovery along with local inhabitants and relatives of the missing people. Two days were spent in cold and snowy weather to find those missing people. Chances to find them alive, however were very small. On the third day, the AVPT volunteers along with others recovered the dead bodies under the avalanche. “When we aid in searching missing people, especially during harsh weather conditions, we always hope and do our best to find them alive. But sometimes we are helpless in the face of natural disasters and we have to deal with its negative consequences, learn from it and strengthen our resilience to such catastrophes” – noted AVPT volunteer in Bartang valley, Firuz
AKAH in tight collaboration with CoES works hard to strengthen AVPTs capacity building through various indoor and outdoor trainings for them to be ready for any avalanche related emergencies and being able to save as many lives as possible.