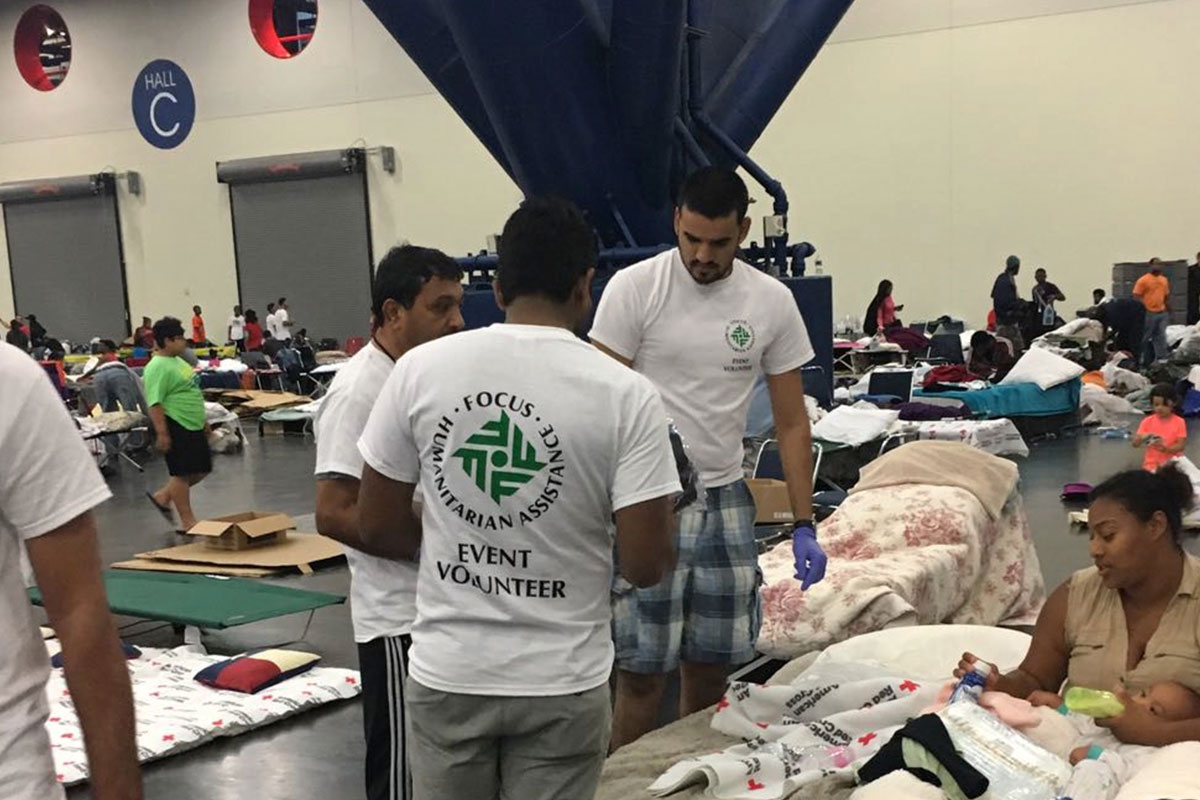 In August, the biggest storm to hit the US mainland in 13 years arrived on the Texas coast. Hurricane Harvey caused unprecedented flooding in Houston, USA, the nations forth largest city as well as the surrounding areas. With winds of up to 132mph, many homes were devastated and thousands of people were left without shelter, electricity and food.

During the crisis, Focus Humanitarian Assistance (FOCUS) and the National Council worked with local communities to provide relief in the immediate aftermath of the category 3 tropical storm.

Due to the high flood waters, many people were trapped in their homes, unable to escape to safety. Volunteers assisted in the safe evacuation of people from their homes, and escorted them to protected shelters. During the immediate relief efforts, over 1,000 people were settled into temporary homes or shelters. Essential food supplies were delivered to over 2,500 people and emotional support was offered to the victims of this natural disaster.

As the storm continued to show it’s force, FOCUS used the strength of its communication network to keep the affected communities informed about the changing weather patterns, road closures, evacuation zones and routes for evacuation.

The Jamat had been well equipped through FOCUS and Council guidance, but the scale of this storm was beyond anyone’s expectations. Shahin Karim, Chairperson, FOCUS USA said “Preparedness played a critical role in reducing the impact on the Jamat and it remains a critical component in building resilient communities”.

This website uses cookies to improve your experience while you navigate through the website. Out of these, the cookies that are categorized as necessary are stored on your browser as they are essential for the working of basic functionalities of the website. We also use third-party cookies that help us analyze and understand how you use this website. These cookies will be stored in your browser only with your consent. You also have the option to opt-out of these cookies. But opting out of some of these cookies may affect your browsing experience.
Necessary Always Enabled
Necessary cookies are absolutely essential for the website to function properly. This category only includes cookies that ensures basic functionalities and security features of the website. These cookies do not store any personal information.
Non-necessary
Any cookies that may not be particularly necessary for the website to function and is used specifically to collect user personal data via analytics, ads, other embedded contents are termed as non-necessary cookies. It is mandatory to procure user consent prior to running these cookies on your website.
Enregistrer & appliquer