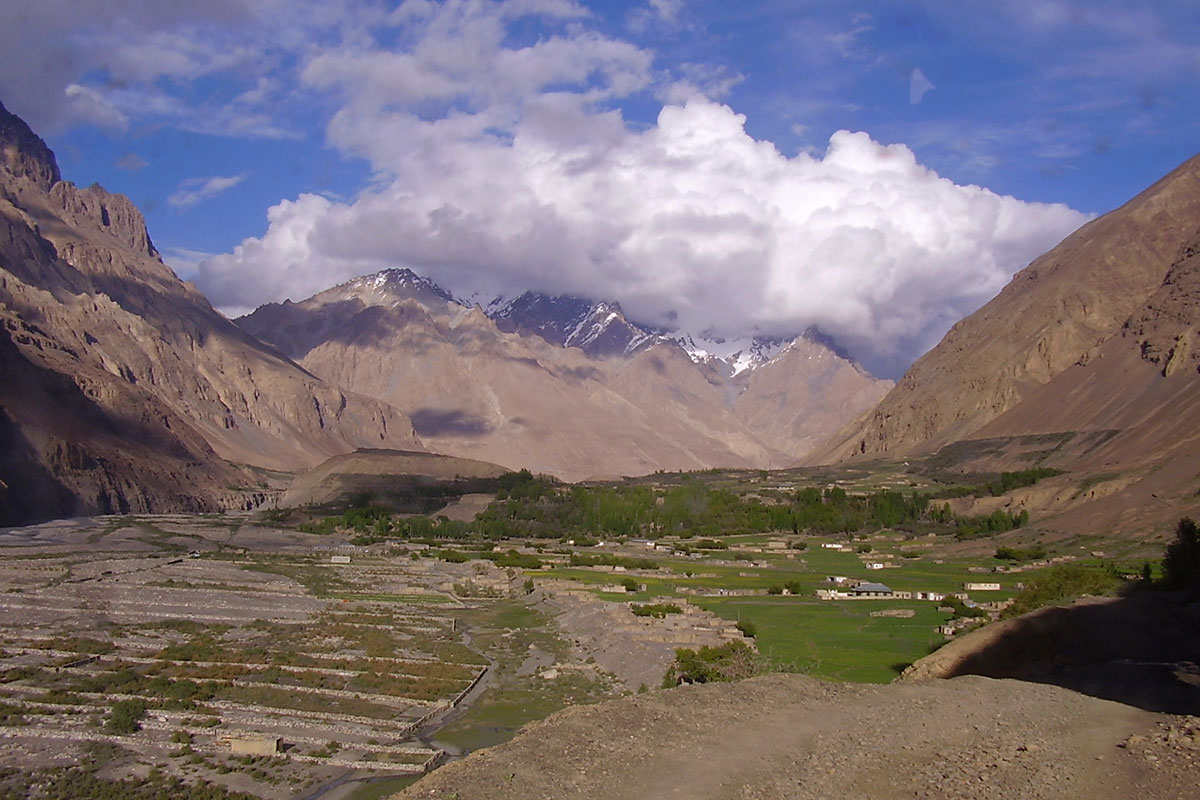 Nestled between the tranquil and picturesque mountains of Gilgit-Baltistan, in northern Pakistan, Shimshal valley faces problems of accessibility during intense and frequent natural disasters. such as glacial lake outburst floods (GLOFs) and snow avalanches. When avalanches occur, communities are cut off from neighbouring villages and travel becomes difficult for long periods of time until the roads are cleared and in some instances rebuilt.

FOCUS through its support and partnership with the Aga Khan Agency for Habitat (AKAH), has established early warning systems in order to reduce vulnerability and increase resilience. Village based weather monitoring posts have been installed so that timely action can be taken to ultimately protect lives. Over the past two years, 52 weather monitoring posts have been fitted in the most at-risk areas across Gilgit-Baltistan and Chitral.

As part of FOCUS’ strategy to build disaster resilience capacity in communities, the individuals in charge of the weather monitoring posts are trained as community emergency response team (CERT) members. Training includes light search and rescue training, so that members can act as first responders, providing a life-saving role in the initial 72 hours after an incident.

In March this year, two strong weather systems triggered heavy snowfalls across Shimshal valley. Mansoor Ali, the person in charge of the weather monitoring post and also a CERT member, shared the weather data with AKAH early warning centres located in Gilgit and Islamabad for analysis. Once the analysis was conducted, weather alerts were sent back to Ali who then helped evacuate the families who were at greatest risk. On March 24, 2017, as predicted, an avalanche struck Shimshal damaging irrigation channels and land. Fortunately, the evacuated families were not harmed.

Prior to every avalanche season, avalanche preparedness seminars are organised, where the local community learn about avalanches, how they are initiated and how to prepare for them.

This website uses cookies to improve your experience while you navigate through the website. Out of these, the cookies that are categorized as necessary are stored on your browser as they are essential for the working of basic functionalities of the website. We also use third-party cookies that help us analyze and understand how you use this website. These cookies will be stored in your browser only with your consent. You also have the option to opt-out of these cookies. But opting out of some of these cookies may affect your browsing experience.
Necessary Always Enabled
Necessary cookies are absolutely essential for the website to function properly. This category only includes cookies that ensures basic functionalities and security features of the website. These cookies do not store any personal information.
Non-necessary
Any cookies that may not be particularly necessary for the website to function and is used specifically to collect user personal data via analytics, ads, other embedded contents are termed as non-necessary cookies. It is mandatory to procure user consent prior to running these cookies on your website.
Enregistrer & appliquer